“What sets us apart from just cover songs is: A few local singer/songwriter’s from the valley have given us permission to perform their original songs (covering them with our own version) Local covering Local. ”

The Frequency Principle, originally a four piece band that formed August 2015 in Phoenix, AZ.  The TFP acoustic duo has proven quite marketable and continues under the same name with increasing success.  Thom and Cherry play a variety of 80's, 90's and current alternative rock covers with a unique flair.

Cherry Red (Sheri Brooks) - Vocalist - has been performing around the valley for 11 years - has been a staple part of the blues and rock community by attending the various jams and open mics around town.  Participated in the annual Unicef Blues Women and Friends Festival for 7 years.  Has fronted three of her own bands, Cheri and the Known Associates, 4Play and currently The Frequency Principle.  In addition to another acoustic duo under the name: Red Hot Magma.  Her solo festival performance: Goodyear Music Festival in Estrella Mountain Park.
Thomas Lynch - Guitar/Drums/percussion - a veteran musician and teacher - taught drums and guitar at the Phoenix Conservatory of Music.  Thomas has been a professional musician since the 80’s.  He studied music at Phoenix College and Arizona State University.  As a multi-instrumentalist, he has played live and recorded with dozens of bands of many styles both original and cover, churches, musical theater, and celebrity impersonator shows. His music career has taken him to over 20 countries.  Bands include: Billy Wyatt Band, Quiet Shine, Shotgun Pearl, Whiskey Tango and the Deanna Preston band to name a few.

Both Thom and Cherry have an eclectic mix of music in their repertoire that their fans and musical peers have come to enjoy.  In addition to playing covers, they currently are covering a few local musicians songs calling it the "locals covering locals."  Cherry and Thom are currently in production of working on their own EP to be released in the near future. 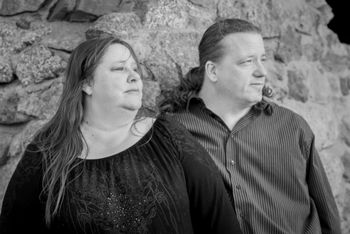 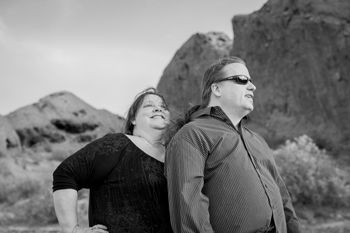 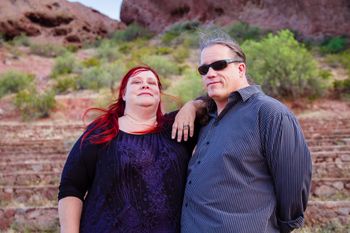 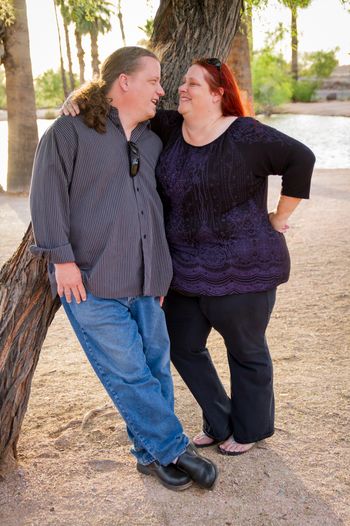